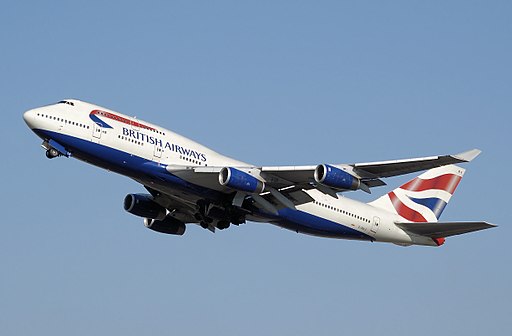 This post is primarily targeted at the Computer Science research communities that surround the ACM and the IEEE, but it applies to all tech communities that gravitate around conferences. I believe that an overwhelming majority of people in these communities is concerned about the effect that global warming is having on the Earth’s climate; many of us also know the urgency of the necessary measures. The question is: are we ready to act on what most of us believe, and reduce the amount of air travel we do for conferences? Or are we going to continue to live as if it doesn’t matter?

I’m not going to preach on climate change. I’ll just tell a personal story. About 1 year ago, we invited some colleagues from the Earth System Sciences department for dinner at our house. It was just a few days before Christmas. That dinner had a tremendous effect on my emotional involvement with something I was already aware at rational level: that bad stuff is happening in the poles, and it will affect us all. What really hit a nerve was the matter-of-fact with  which my colleagues talked about floods in coastal areas all around the world. For them, who have been collecting and analyzing ice sheet data for years, who have been going to the poles regularly, it’s not a matter of if or when, because it’s already started; it’s just a matter of how fast the ice sheets come undone, and then modeling the weather and geography of the different parts of the world to predict which ones will be the most affected.

So, that’s my personal story. There’s plenty of books, videos, and experts out there warning us about this, but, as usual, these warnings tend to stay only at the rational level of understanding, which is not very good for making us act. Dinner with my colleagues did it for me: what I thought was going to be a nice, relaxed dinner with academic friends turned out to be an unsettling evening that triggered an alarm in my mind, one that I haven’t been able to turn off.

The warnings have only gotten worse since then. On November 8, 2016, the same day as the US Presidential election, the World Meteorological Organization delivered a report stating that the previous 5 years had been the hottest on record. Not only that, but it looks like the temperature rise up to 2015 already reached 1°C mark out of the 2°C max that was set as limit by the Paris Agreement. Beyond that limit, the scientists don’t even venture to guesstimate how things will change; we’ll be in uncharted territory.

OK, so what does this have to do with Computer Science?

We Computer Scientists travel a lot. Our field has developed an obsession with physical meetings in the form of conferences that started back in the 80s. As the field expanded in scope and importance, there was plenty of money for CS researchers to go all over the place. Back in the 80s and 90s, there weren’t that many alternatives to physical meetings, so we took the money and traveled the world from conference to conference. The number of trips per year became a sort of badge of honor.

It turns out that air travel is one of the worst offenders to global warming. You can read about it here, here, here,  and, last but not least, here and here. And while ground-bound transportation has been making leaps of progress in fuel efficiency, air travel is not only as dirty as ever, its frequency has been increasing since the 1990s: as more people around the world have more money to spend, part of that general lifestyle upgrade goes to… traveling the world in airplanes.

It’s going to take a while for airplanes to be able to operate with machinery that will not harm the environment. Until then, people need to cut back on air travel, and do it only when it’s absolutely necessary, rather than doing it all the time, without much thinking, like we do now. If everyone in the world would cut their air travel in half, that would already have a major impact in the amount of airplanes in the air.

Can you cut your travel in half without impacting your career negatively? I bet you can.

More generally, at the institutional level, can we cut the number of physical meetings in CS without hurting the vibrancy of the community? That’s an empirical question, but I believe we can.

Let’s look at SIGPLAN. SIGPLAN sponsors about one dozen conferences. Some of them already co-locate with others, which is great. For example, SPLASH is an umbrella for OOPSLA, Onward!, DLS, and, sometimes GPCE; ISMM, CGO and VEE tend to co-locate with other conferences. But that still leaves SPLASH itself, POPL, PLDI, ICFP, LCTES, and ASPLOS. Worse, some of these conferences still have face-to-face Program Committee meetings, an excess only possible because of our (CS) privileged financial situation.

We could cut the f2f PC meetings, and we could be a lot more aggressive on co-location. In fact, we could pledge to organize only one, large physical meeting per year, which would host all the SIGPLAN conferences. Would that be terrible? I think it might actually benefit the PL community, as a whole, because everyone working in the field would be in the same place at the same time.

Would that preclude the organization of other conferences by other organizations? Certainly not. For example, I’m also involved now with the <Programming> conference and journal, which is not an ACM initiative. That will happen outside of SIGPLAN, at least until AOSA wants to co-locate or make the conference completely virtual.

But if SIGPLAN would pledge to organize only one or two physical meetings per year, instead of the unbounded number we have now, that would have a strong impact, at least symbolic. It would send the message that SIGPLAN cares about the negative effects of air travel, and is willing to act to reduce air travel of its community members. Symbols are important, they are representations of values. If we are to get serious about climate change, we need to change the way we do business; change very often starts with very simple symbolic gestures that then snowball into visible effects.

I hope this blog post stirs the conversation about what we can/should do. I want to end it by making two remarks:

This entry was posted in computer scientists, conferences. Bookmark the permalink.

10 Responses to Walk the Talk