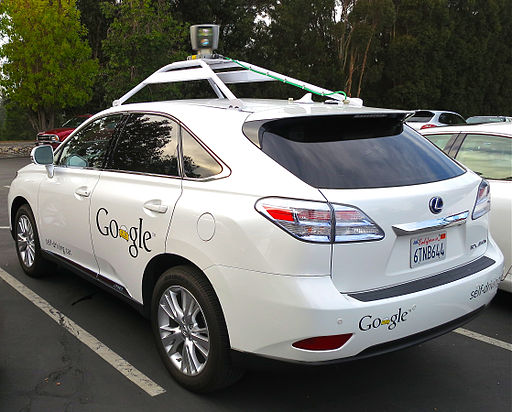 As a computer scientist specializing in programming, the social consequences of software-for-business-efficiency are worrying me more and more. Here at home, we’ve been having a conversation about what post-capitalism would look like in the face of quasi-universal automation, in the best case scenario. It’s really hard to tie all the loose ends of such a vision. It’s sort of like Communism, but where people don’t need to work in order to have a decent life; the machines do all the work for us. There would be no money. All basic needs would be available free of charge. Food? Free. Transportation? Free. Housing? Free. Health care? Free. Education? Free. Justice? Free. Law and order? Free. No need to work, other than voluntarily. Everything would be provided by an automated production system powered by intelligent software.

Hard to imagine, right? I can poke many holes in this vision in no time.

But I’m afraid that if no one even knows how that would look like in the best case scenario, we are playing with fire as we rapidly automate pretty much every human activity in the name of business efficiency: within a capitalist context, jobs are tied to money and to the ability to have a decent life. Automation means less or no jobs. That is not gonna work well.

The train of automation is unstoppable, though. Even if it stops in one country, by means of people deciding that they want to freeze things as they are now, or even move back 50 years, it will move forward somewhere else, because business efficiency is at the heart of capitalism. So either governments start having a vision for what’s to come as we automate things, or we’re going to go through very painful times.

[update 1] It’s time to move on from the dismissive argument “but most jobs that existed 100 years ago don’t exist anymore and people are doing fine.” It’s a fact. That’s also a good excuse to dig the head in the sand and be oblivious to the fact that in the near future, the only necessary jobs will be highly technical, well beyond most people’s talents, and that even those might become obsolete at some point. Governments of 100 years ago did well in investing in mass Education in order to prepare the newer generations of workers for what was to come in the 20th century — white collar jobs. The idea that everyone will become a software engineer / computer scientist, because those will be the only jobs in 50 years, is not just short-sighted, it’s a terrible guiding vision — plus, there won’t be enough of those jobs for everyone.

[update 2] Someone on Twitter pointed me to this interesting essay about the topic: Four Futures.

The Art, Science, and Engineering of Programming

Where are the energy sources for this all-automated world going to come from?

The sun, supposedly. That piece of the vision is easy to believe.

Very few jobs are that important today. We are already there, and have been for some time. In order to exist we need food for the day and an environment that keeps us alive. That’s it. A big part of today jobs are in the entertainment industry, little need for software knowledge there. Another huge field are in social services. Very unlikely for that to go away – we always need to take care of young and old, sick and healthy people. Tourism is another part that keeps growing. In all I am not that worried about automation, I am way more concerned about the lack of understanding of global warmning and the effect it will have on the world now and the near future.